Well this is depressing. It’s raining, 17 degrees, grey clouds with 70% humidity and I’m sat here writing about this beautiful place.

We were invited to Scotland for a few days to stay with a friend and his family. The house they rented was amazing and about a 15 minute drive from civilisation and phone signal.

After an 8 hour drive from Leeds to Scotland, the first day was pretty much wiped out, everyone decided to be adventurous and climb some mountains but we decided to chuck on our wetsuits and go for a swim. I wasn’t expecting the water to be warm but my gosh, seen as it is the Atlantic ocean I am glad I bought a wetsuit. A little bit of advice, save you’re wee and wear a life jacket. 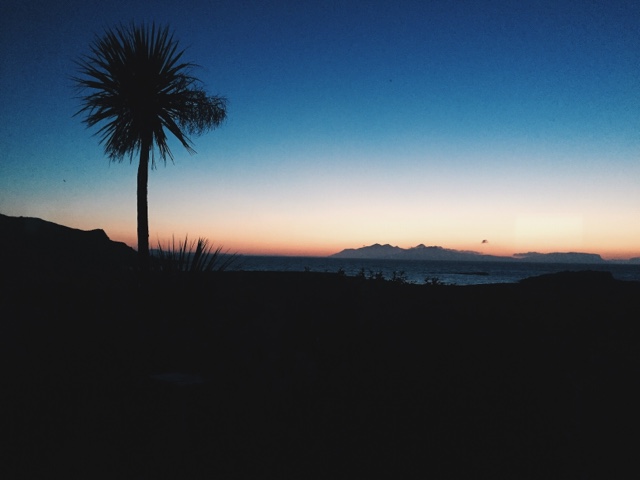 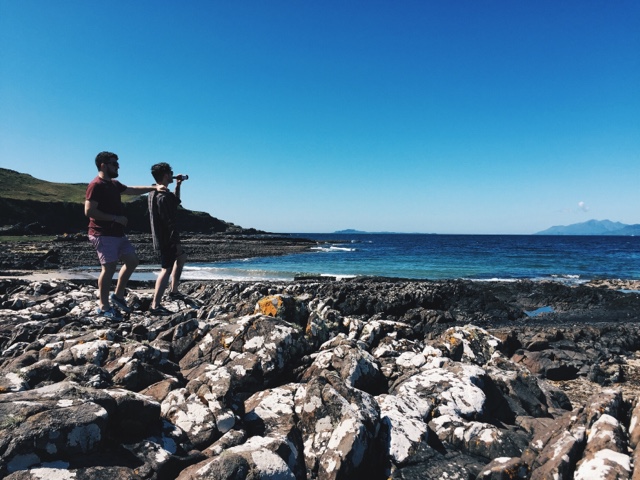 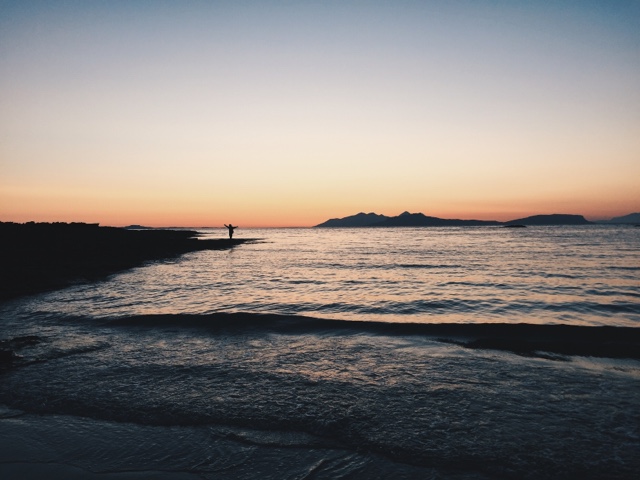 The second day was adventure day. We drove down through Acharacle to a place where we hired a boat for a few hours. We took the boat out to Glenborrodale in hope to see Seals and Porpoises and then to catch some fish for tea. 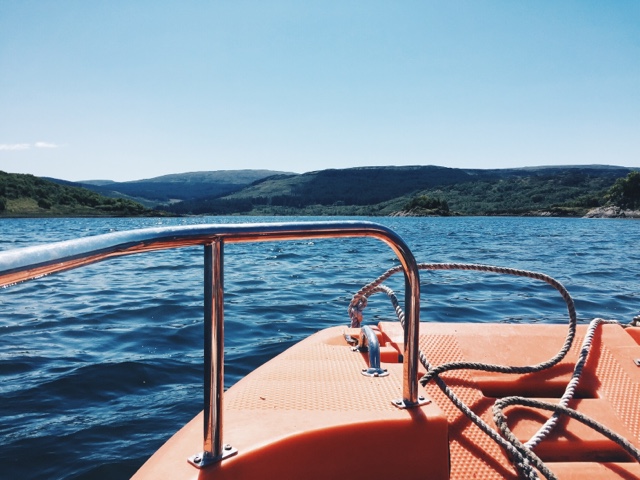 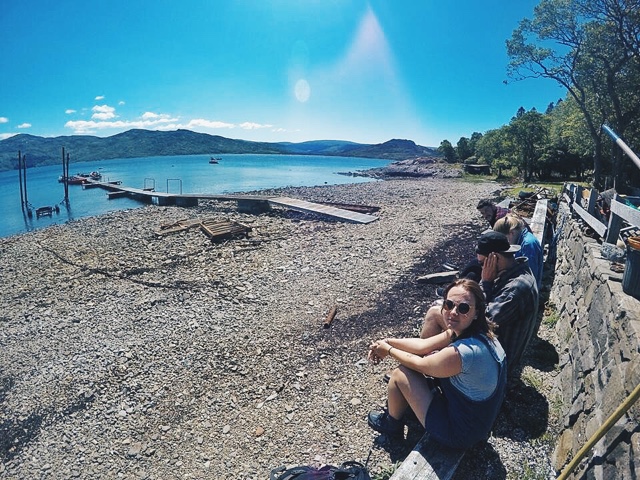 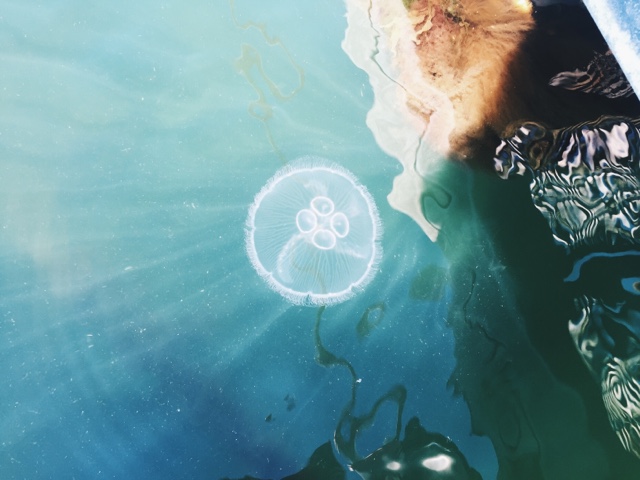 The weather was incredible, so we had to shove on loads of factor 50 on our faces, because as soon as the sea air and salt water touched us we were going to burn.

After about 20 minutes we finally saw some seals. I never realised how inquisitive they were. They were slowly but surely coming closer to the boat, popping their head out the water now and then. Although I love sharks, and seals are their favourite meal I have become very fond of seals. They are like dogs of the sea world. 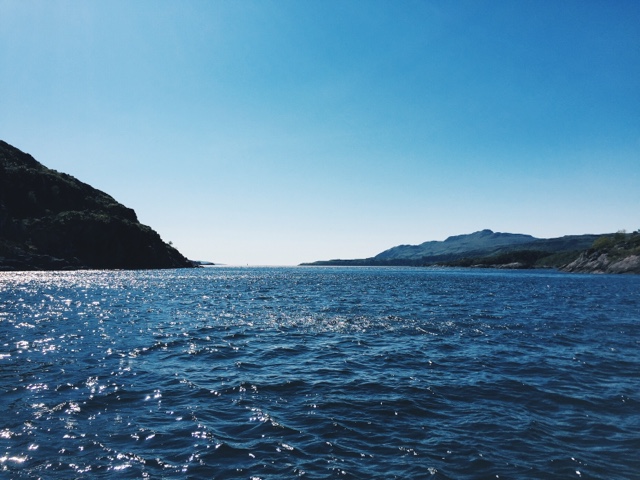 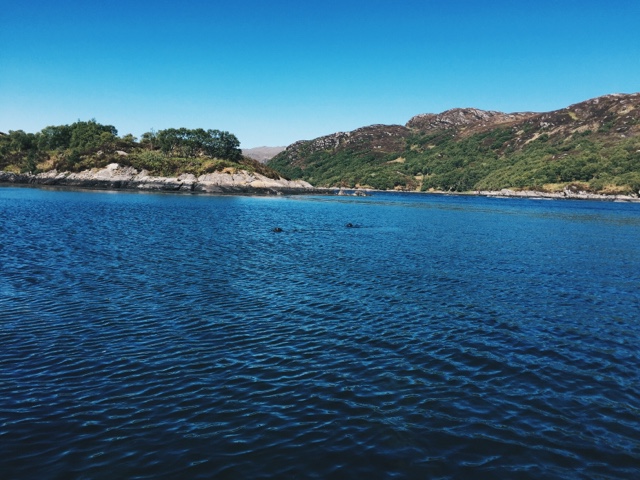 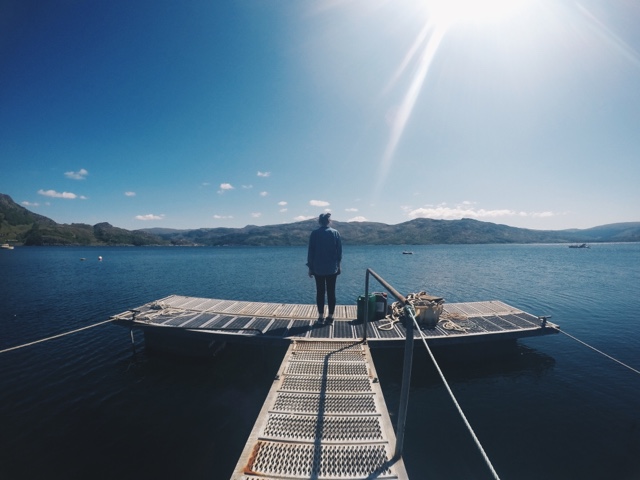 After much anticipation fish were caught and we could take the very windy and choppy ride back to the dock. That night after food, we took a late night stroll down to the beach with a few cans in hand to enjoy the sunset and for the dogs to eat some jellyfish (not on purpose).

Now I’m not one for knowing much about children’s TV programmes but I think everyone and their grandparents has heard of Balamory and for some strange reason I got really excited when I found out that we were going to Tobermory which is where Balamory is filmed. 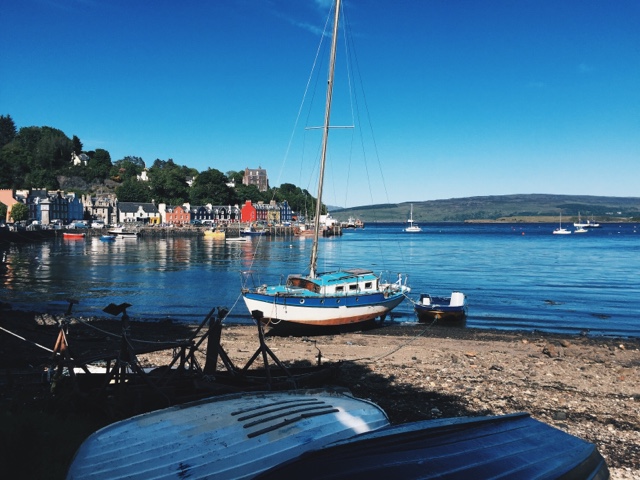 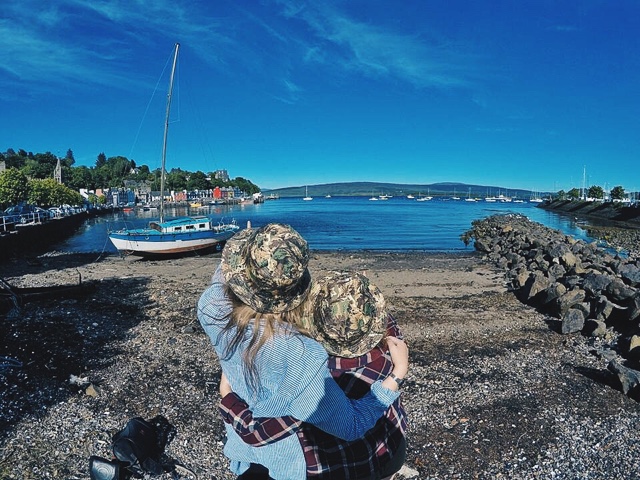 Tobermory is the capitol of the Isle of Mull and is located on the North-eastern part of the island.

To get there, there is a ferry that sails between Tobermory and the mainland to Kilchoan. For ferry times you can find the timetable here.

For the final day is Scotland we drove to a beautiful place called Sanna. 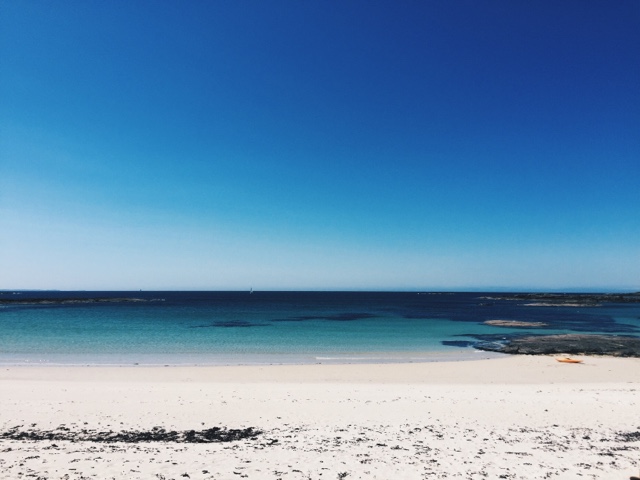 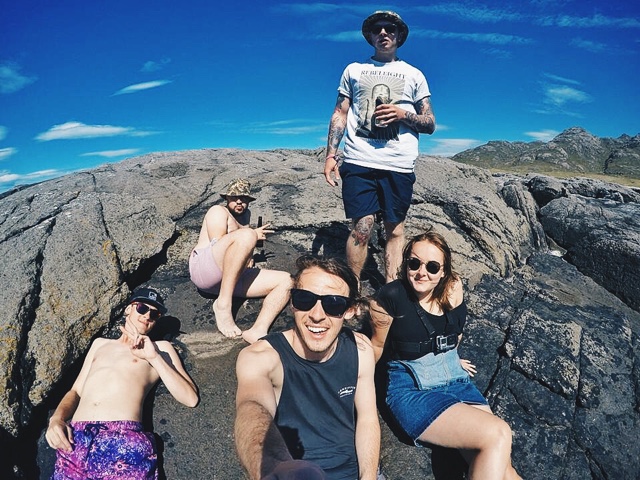 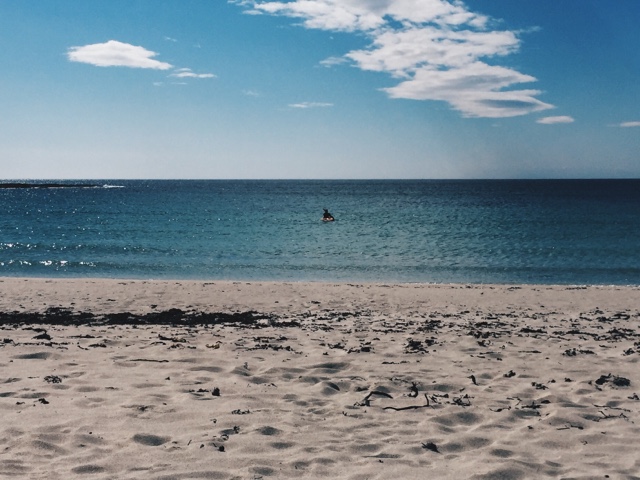 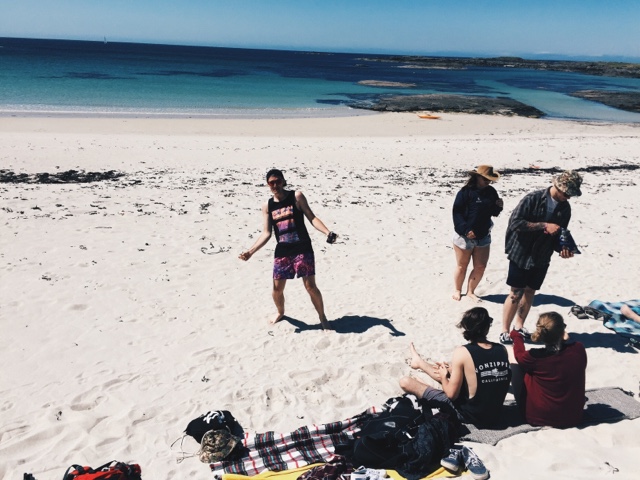 Sanna bay lies 6 miles North-west of Kilchoan, and consists of a small collection of houses around a series of unspoilt sandy beaches.

The road to Sanna is not for the faint hearted, but it does go through an ancient volcano and the bowl of the volcano can easily been seen from the road which looks absolutely beautiful. Again, we took our wetsuits and also a kayak and enjoyed the day there and I burnt my one knee.

All in all, I was not expecting Scotland to be that beautiful and we were so lucky for the weather to be in the 20’s every day.

I would definitely recommend Scotland if you’re looking for just a relaxing but adventurous getaway. 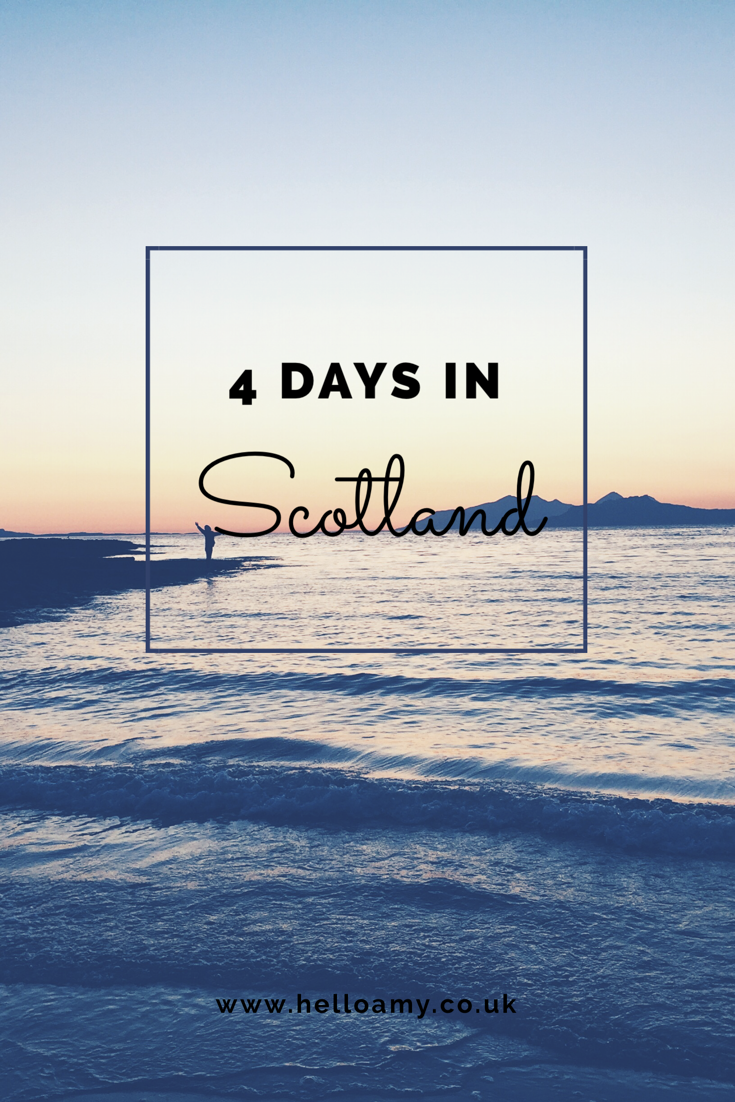