Every now and then it’s nice to get out of the house and to have some good food instead of slaving in the kitchen and cooking something not so great (I can’t don’t like to cook). Revolution De Cuba is a Cuban and Rum bar that has been in Cardiff for a good few years. First time I went, I did not have a great experience because I came down with a bug the next day and just couldn’t tell if stomach bug was from this place or just a general. But having said that I have been back a few times since and I have had no problems.

I used to work at a previous job this would be the place we came to all the time for a de stress as the cocktails here are amazing although they aren’t cheap but definitely worth the money and some days they even have 241. 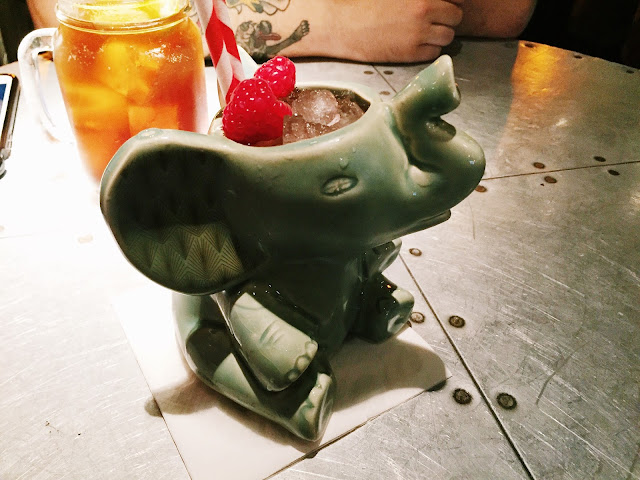 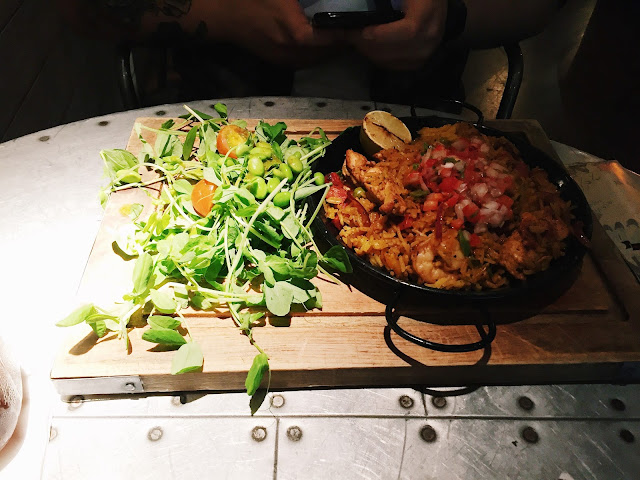 They have updated their menu since I last ate at Revs De Cuba, so now you only have a small choice of what’s on offer, sometimes that’s a good thing for someone who can’t decide like me. I had the Chimichanga which was basically a fried flour tortilla with peppers, chicken, pico de gallo and it came with 2 side dishes of sour cream and guacamole.

This dish was unbelievably good and a lot nicer than when I was have been before. Although one bite half way through was so hot that it took my breath away. My boyfriend also ordered the Paella De Cuba., I can’t really comment on how good this as I don’t eat fish but he said it was really, really well. 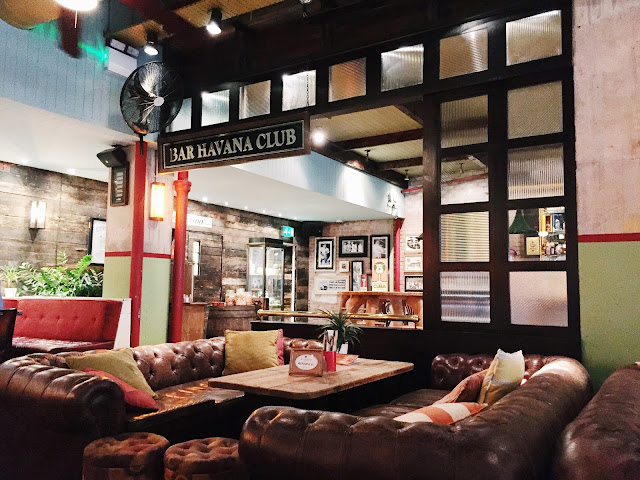 The cocktail I had was called a Ruby Punch, it was glorious and as you can see it came in a really fancy elephant glass! The only reason I chose this cocktail was because all proceedings from the sales of these go to orphan elephants in Sri Lanka.

If you’re around the Cardiff area and fancy some yummy food and great cocktails then I would definitely recommend.

Ps. if you’re thinking about going later or in the afternoon/night then I would recommend booking a table.

A Guide to Surviving the Souks, Marrakech

7 Things to know before going to The Sky Garden, London