The last time I went camping was for a festival in the middle of Belgium, and I’m not sure how I survived as it was THAT cold, so I wasn’t sure what to expect. But when we arrived and saw the place, I completely relaxed and knew we would have the best time that weekend and my gosh, we did.

The farm consisted of the main Lodge which had sofas, log fire, tables and chairs, and also a kitchen. The Lodge is where breakfast was served every morning. The breakfast catered to many dietary requirements (vegetarian and vegan). Having being very hungover on both mornings, having a full English breakfast was just a perfect way to get you through the day. 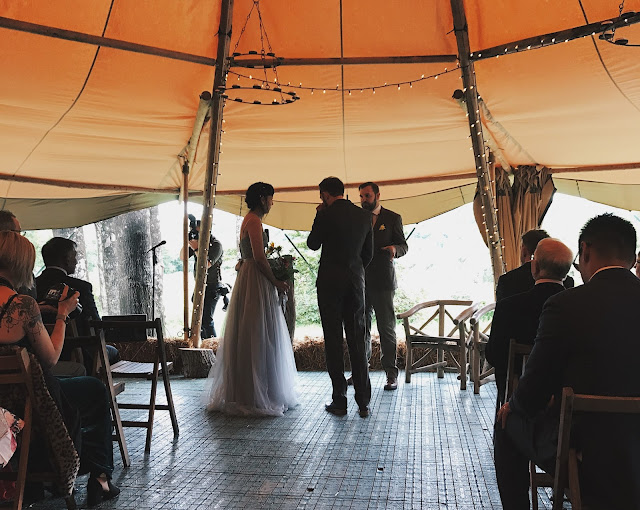 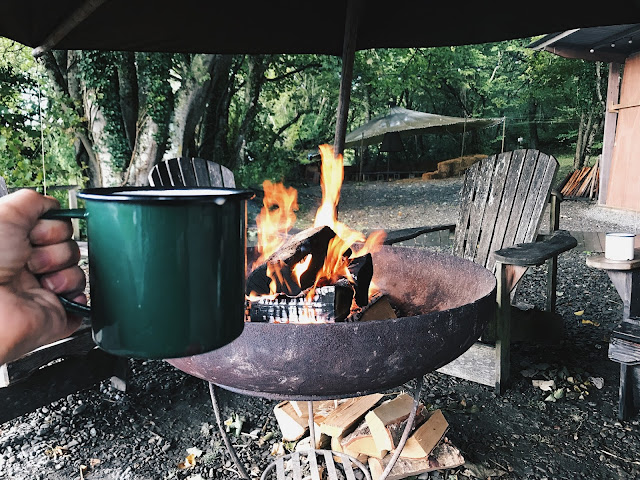 Next to the main lodge was a barn, which was used for the banquet hall for the wedding, it was also used for the nibbles that was available in the early evening. Attached to the side of the barn was the smallest, cutest pub ever. The pub had a log fire with cute little sofas, it felt so homely and something out of a movie. The pub was open until 2am. 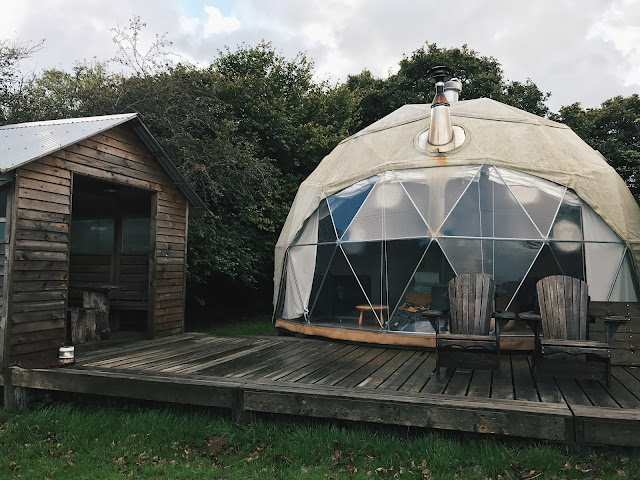 Opposite the main lodge was a tipi covered in many, many fairy lights (a girls dreams). The tipi was where the main ceremony took place and outside that was an area where you can sit around a fire, and also a tea/coffee/hot chocolate station. On the first night, dinner/tea was provided (in the tea/coffee station) which was stone baked pizzas, soup and some glorious bread.

Now onto the accommodation. When we were invited, that was a variety of
options for where we wanted to stay.

As there were a lot of us going, we booked a Kata Cabin which sleeps 5 people. The Cabin, had a decking outdoor area, which some sun chairs, and then a tent which had a seating bench, bins, BBQ and tea/coffee facilities and then a tipi with the 5 beds and a fire in the middle. The Cabin was lovely, and a great size for even 5 people. Although it was a little chilly in the night if the fire went out (although alcohol helped me through the first night). There were 4/5 cabins in a row through the field and as we were in cabin 1 we were directed next to the shower/toilets and also a Vanity room. Which had an iron, plug sockets which were all used to get ready in. And the bride and groom were also very kind to supply us with lots of cocktails in a
can! 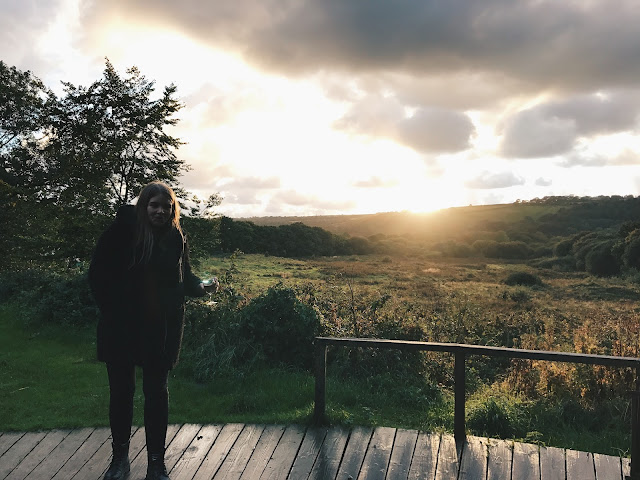 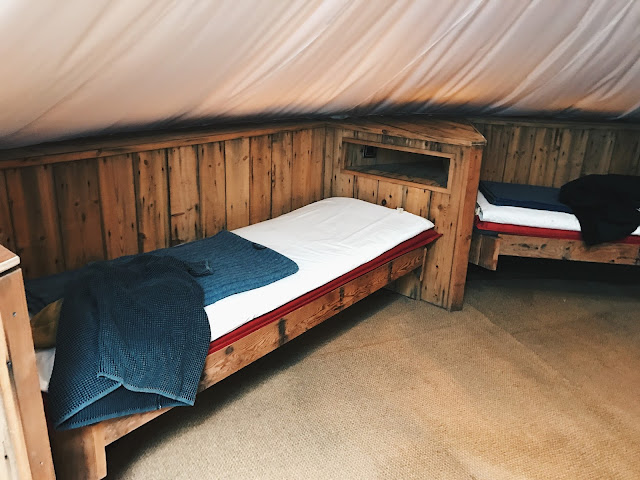 Altogether we paid £414 for 2 nights. (Split 5 ways it was £82.80). For that amount, we had 2 nights camping, food on Friday evening, Breakfast on Saturday, (food at the wedding) and then breakfast on Sunday. Which, to me was a bargain as the food was incredible the whole weekend.

All in all the weekend was amazing, and one that won’t ever be forgotten. There’s even talk about going back next year in the summer. AND I have to mention this for all dog lovers out there, there are many, many dogs roaming around the site but mainly in the lodge so be prepared for some cute puppas.

I made a short video of the weekend (but none of the wedding because alcohol). So please go check it out!

Want £25 off your accomodation on yout next trip? Join AirBnB here! www.airbnb.co.uk/c/amyc28922 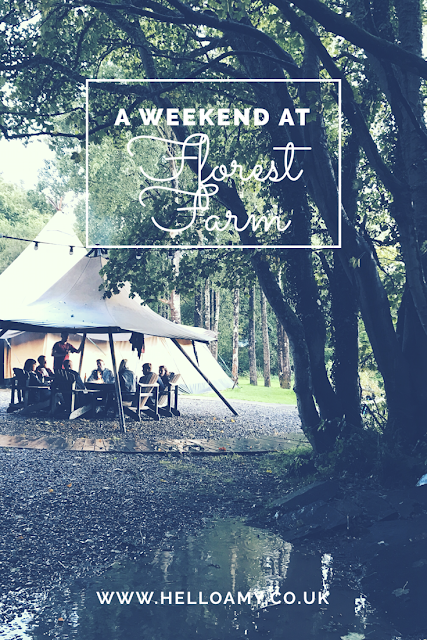