A Small Guide to Stockholm Sweden

Recently I visited Stockholm, Sweden with my boyfriend. And we were there for 4 nights, 3 days. As we were only there for a short amount of time, we didn’t get to see all that Stockholm has to offer, so here is a small guide to Stockholm Sweden. From being in Stockholm when the weather was getting cold, and daylight getting shorter, you can tell that being there in winter will be completely different to summer

We stayed in an AirBnb (for me, this is the best option) in Hammarbyhojden which was a 15 minute walk from Globen Station which then a 20 minute metro journey to the centre of Stockholm. For many, this may seem quite far away but if you’re on a budget and don’t mind exploring further out of the centre then its great! For 4 nights, it costs us £240. 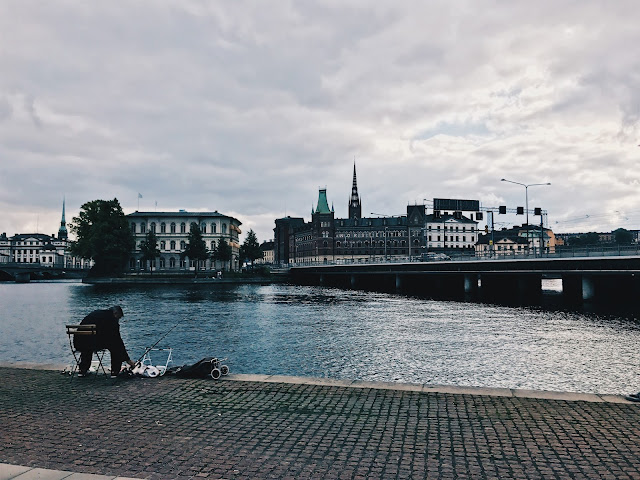 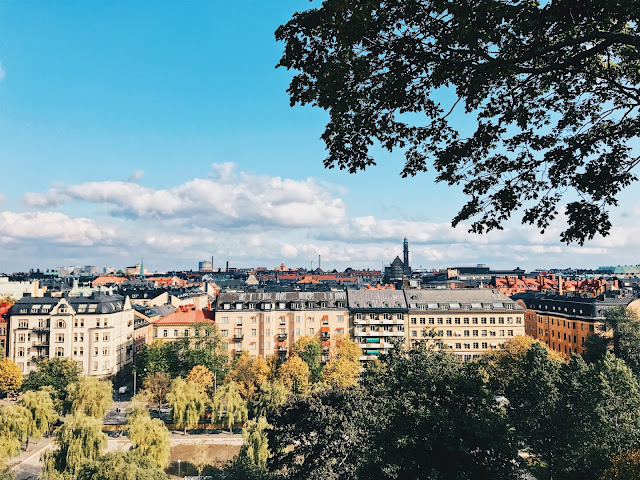 For us this was the most expensive part of the trip. Before heading to Scandinavia, I did a lot of research of what to expect/do etc. And every single post mentioned how expensive it was. We did want to try lots of new things and walked past some pretty cool places, but as we were on a budget we didn’t be adventurous! There was one place that we went to quite a few times and that was Wayne’s Coffee, if you’re struggling to find one, google map it and there probably one around the corner. One of the nights, we had a Wagamamas and decided to treat ourselves to some alcohol. We ended up paying around £20 more than what we would of if we were in the UK. (Small glass of wine was just under £8 and a small bottle of beer was £7). I was sad that we didn’t try some Swedish meatballs, because IKEA but if you did want to try some there’s a restaurant in Sodermalm called Meatballs for the People which apparently is the best in Sweden, so check that out! 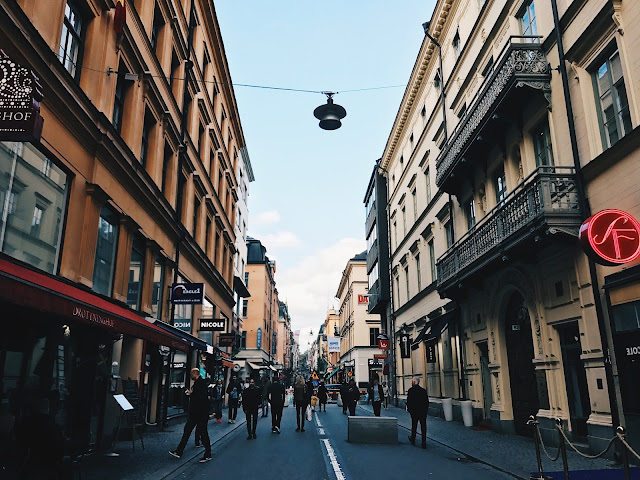 Before heading to Sweden as I do with every trip I go on, I go crazy on Pinterest looking for guides and blog posts, so I make list of the things I wanted to do/see whilst I was there and we ticked off everything (apart from going on a boat island hopping – the boyfriend doesn’t like boats).

Also known as Old Town. It’s like a real life VSCO filter, everywhere you look are beautiful buildings and Scandinavian goodness. Its home to the Royal Palace, lots of churches and has so many cute little restaurants and historic buildings to visit, and if you’re looking for gifts for people back home, this is where you want to be. Every time I go away, I always buy a souvenir for my Nan (always) and at least 2 for myself, the cobbled streets are littered with little quirky shops. Gamla Stan is also home
to the oldest restaurant in the entire world. 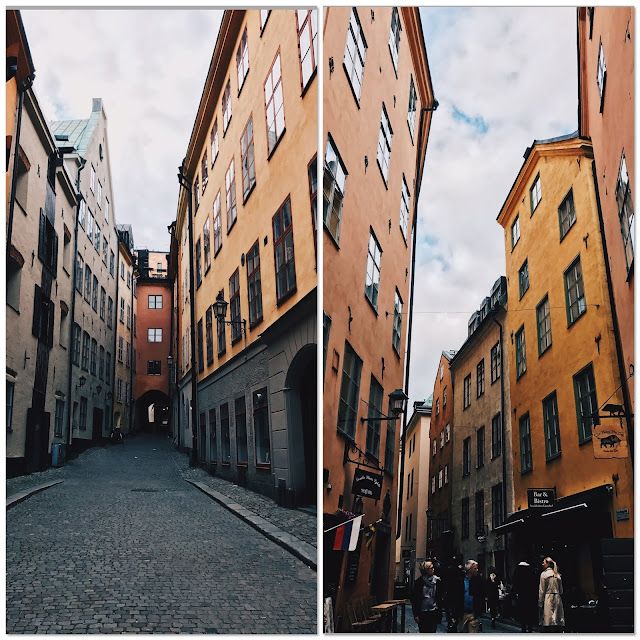 Skansen was founded in 1891 which makes it the world’s first open air museum. Skansen is 75 acres of historic buildings, a zoo and gardens. We didn’t actually manage to go inside as it shut about 20 minutes before we got there, but the surrounding areas were beautiful and had an amazing museum (the building was insane). Entry £13/140SEK

Sodermalm is the Jordan of Amsterdam aka Hipsterville. There is a lot of regeneration work going on there at the moment, so it was a building site and the views weren’t as glorious as the pictures. We only stayed near the dock on Sodermalm near the photography museum, Fotografiska. But further in, there are loads of cool and quirky restaurants, and vintage shops/warehouses. 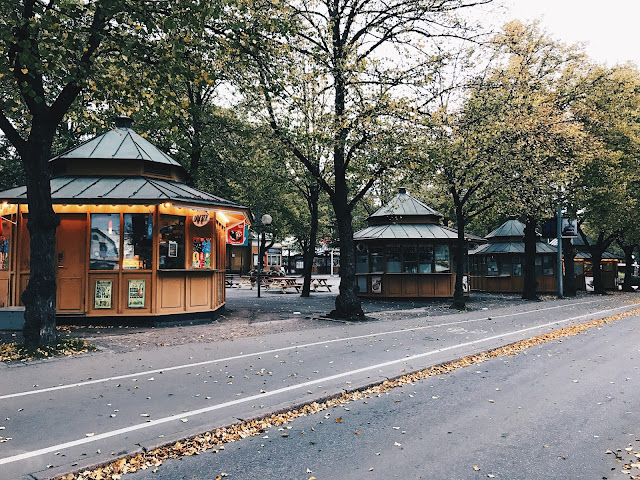 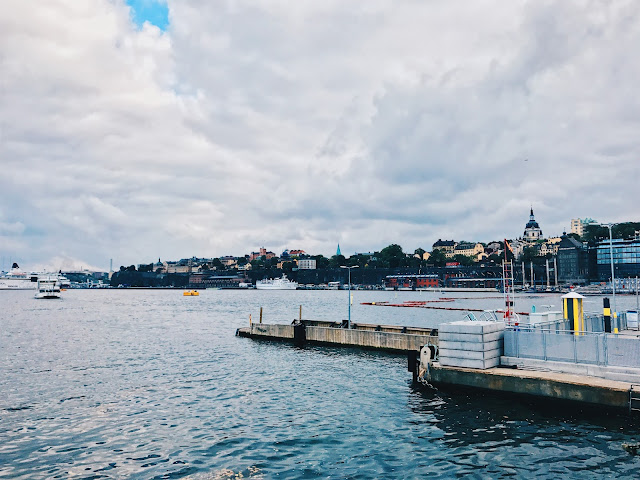 We aren’t one for museums, but we have the ‘if we pass one, we’ll go in’ kinda vibe. As we were wondering around the Royal Palace we saw a sign for the Medieval Museum and took a gander. Museum was free entry (always good) and it was pretty cool and had lots of interactive bits. They didn’t have any of the torture weapons in there (boyfriends a fan) but it was interesting and good for a free entry museum. We didn’t go into anymore as most of them had an entry fee and only accepted cash.

Located in Gamla Stan, the Royal Palace is home to the His Majesty the King and is used for most of the monarchy’s royal receptions. The Palace is surrounded by guards (saw a man get shouted at pretty aggressively for getting too close) but some of them were happy enough to have photos taken. Parts of the building itself is under refurbishment and will take a long time to finish, but it’s a beautiful building. You can go insane for a small fee and see the royal apartments and other bits. 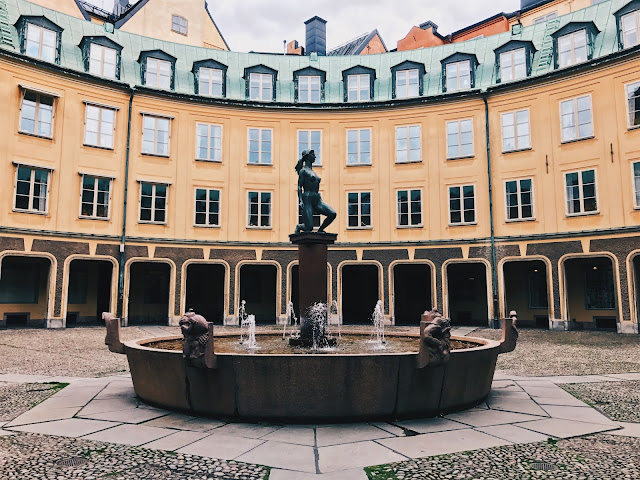 If you aren’t a fan of Ice Hockey then this may not be for you but near Globen they have an arena called HOVET which is the ice rink (and also where we saw J COLE). We watched the local team called Djurgardens IF play against another Swedish team. The arena was massive and a lot bigger than the hockey arena we have in Cardiff, the atmosphere was insane, so if you are ever stuck for something to do in Stockholm, go watch some ice hockey (and for the ladies, you really wouldn’t want to miss good looking Swedish men fighting on  ice, right?)

Sweden is well known for its EDM and DJ’s, and has a lot of famous nightclubs, but I’m a 20 something women going on 60 so clubbing just isn’t my thing. We did struggle with things to do in the night, even after some research we just couldn’t find anything. But whenever I go to a new place, I feel like you never truly know what it’s like until you’ve experienced it at night. Walking through the streets didn’t feel safe but it didn’t feel unsafe either. We took a walk through Gamla Stan to the famous square and my gosh it was even prettier at night with all the little restaurants and music.

In Gamla Stan they offer free/paid ghost walking tours, but we didn’t find out until it was too late.

SkyView is part of the Ericson Globe which is located near Globen. It’s basically a ball on the side of the building that takes you up to the top to see the entirety of Stockholm. £14.50/150SEK for a 30 minute journey. 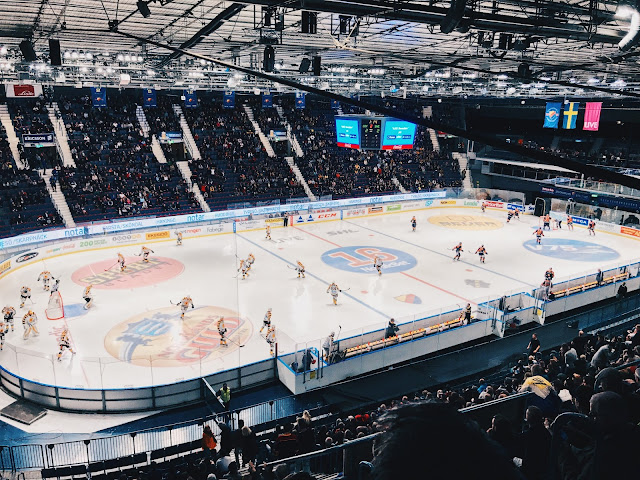 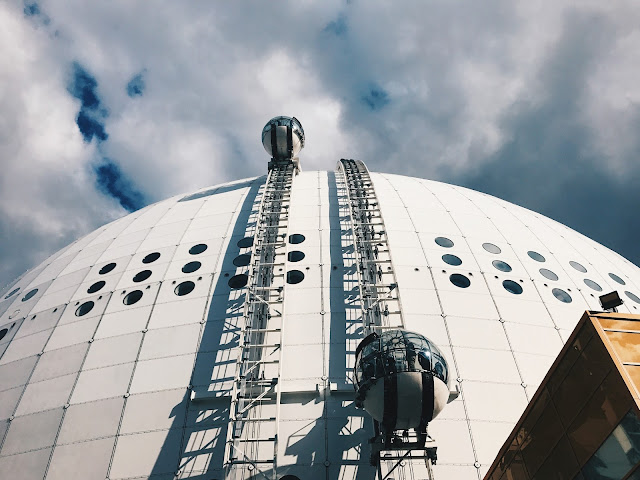 For more pictures please check out my instagram here / amyclements

Want £25 off your accommodation on your next trip? Join AirBnB here!